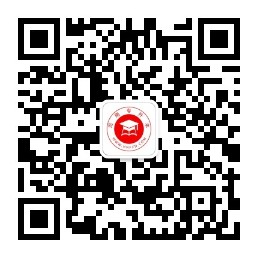 Sometimes you’ll hear people say that you can’t love others until you love yourself. Sometimes you’ll hear people say that you can’t expect someone else to love you until you love yourself. Either way, you’ve got to love yourself first and this can be tricky. Sure we all know that we’re the people of our parents’ eyes, and that our Grandmas think we are great talents and our uncle Roberts think that we will go to the Olympics, but sometimes it’s a lot harder to think such nice thoughts about ourselves. If you find that believing in yourself is a challenge, it is time you built a positive self-image and learn to love yourself.

The best way to defeat a passive self-image is to step back and decide to stress your successes. That is, make a list if you need to, but write down all of the great things you do everyday. Don’t allow doubts to occur in it.

The best way to get rid of a negative self-image is to realize that your image is far from objective and to actively convince yourself of your positive qualities. Changing the way you think and working on those you need to improve will go a long way towards promoting a positive self-image. When you can pat your self on the back, you’ll know you’re well on your way.

C. are unconfident about yourself D. have a high opinion of yourself

A. have positive effects B. are probably untrue

3. How should you change your self-image according to the passage?

A. Keep a different image of others. B. Make your life successful

C. Understand your own world D. Change the way you think

4. What is the passage mainly about?

A. How to prepare for your success B. How to face challenges in your life

C. How to build a positive self-image D. How to develop your good qualities

5. Who are the intended readers of the passage?

A. parents B. Adolescents C. educators D. people in general

Do you want to live with a strong sense of peacefulness, happiness, goodness, and self-respect? The collection of happiness actions broadly categorized as “honor” helps you create this life of good feelings.

Here’s an example to show how honorable actions create happiness.

Say a store clerk fails to charge us for an item. If we keep silent and profit from the clerk’s mistake, we would drive home with a sense of sneaky excitement. Later we might tell our family or friends about our good fortune. On the other hand, if we tell the clerk about the uncharged item, the clerk would be grateful and thank us for our honesty. We would leave the store with a quite sense of honor that we might never share with another soul.

Then, what is it to do with our sense of happiness?

In the first case, where we don’t tell the clerk, a couple of things would happen. Deep down inside we would know ourselves as a type of thief. In the process, we would lose some peace of mind and self-respect. We would also demonstrate that we cannot be trusted, since we advertise our dishonor by telling our family and friends. We damage our own reputations by telling others. In contrast, bringing the error to the clerk’s attention causes different things to happen. Immediately, the clerk knows us to be honorable. Upon leaving the store, we feel honorable and our internal rewards of goodness and a sense of nobility.

7. The author thinks that keeping silent about the uncharged item is equal to _____.

A. telling the truth to the clerk

B. offering advice to the clerk

C. asking the clerk to be more attentive

D. reminding the clerk of the charged item

9. How will we feel if we let the clerk know the mistake?

A. We’ll be very excited B. We’ll feel unfortunate

C. We’ll have a sense of humor D. We’ll feel sorry for the clerk

10. Which of the following can be the best title of this passage?

A. How to live truthfully B. Importance of peacefulness

Questions 11 to 15 are based on the following passage.

Sesame Street has been called “the longest street in the world”. That is because the television program by that name can now be seen in so many parts of the world. That program became one of America’s exports soon after it went on the air in New York in 1969.

In the United States more than 6 million children watch the program regularly. The viewers include more than half of the nation’s pre-school children. Although some educators object to certain elements in the program, parents praise it highly. Many teachers also consider it a great help, though some teachers find that problems arise when first graders who have learned from “Sesame Street” are in the same class with children who have not watched the program.

The program uses songs, stories, jokes and pictures to give children a basic understanding of numbers, letters and human relationships. Tests have shown that children have benefited from watching “Sesame Street”. Those who watch five times a week learn more than the occasional viewers. In the United States the program is shown at different times during the week in order to increase the number of children who can watch it regularly.

Why has “Sesame Street” been so much more successful than other children’s shows? Many reasons have been suggested. People mention the educational theories of its creators, the support by the government and private businesses, and the skillful use of a variety of TV tricks. Perhaps an equally important reason is that mothers watch “Sesame Street” along with their children. This is partly because famous adult stars often appear on “Sesame Street”. But the best reason for the success of the program may be that it makes every child watching it feel able to learn. The child finds himself learning, and he wants to learn more.

11. Why has Sesame Street been called “the longest street in the world”?

B. the program became one of America’s major exports soon after it appeared on TV

C. the program is now being watched in most parts of the world.

D. the program is made in the longest street in New York.

A. they don’t think it fit for children in every respect

B. it takes the children too much time to watch it

C. it causes problems between children who watched it and those who have not

D. some parents attach too much importance to it

13. So many children in the United States watch the program because______.

A. it uses songs, stories and jokes to give them basic knowledge

B. it is arranged for most children to watch it regularly

C. tests have shown that it is beneficial to them

14. Mothers often watch the program along with their children because______

A. they enjoy the program as much as their children

B. they find their children have benefited from watching the program

C. they are attracted by some famous adult stars on the show

D. they can learn some educational theories from the program

15. What is the most important reason for the success of the program according to the author?

A. the creators have good educational theories in making the program

B. the young viewers find they can learn something from it.

D. It gets support from the government and private business