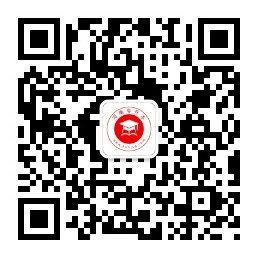 It is often difficult for visitors to understand Americans’ lack of desire for privacy. They are not a nation of walled gardens and closed gates. Their yards normally run into one another without fences; they often visit one another’s homes without being invited or telephoning first; they leave their doors open while they work.

Their lack of desire for privacy probably results from their history as a nation. America is a big country. There have never been walled cities in the United States, nor was there the need for Americans to protect themselves from neighboring states. During the early years, America had so few settlers that neighbors were very important; they were not to be shut out by doors and fences. Neighbors offered protection and helped in the hard work of settling in the land. They depended upon each other.

From the nation’s early history has come the desire for openness rather than privacy. Visitors will notice this desire in a number of small ways: there may be rooms in American homes that do not have doors or that have glass walls. If you notice that people forget to close your door when they leave your room, do not think this is rude. Help them to learn that you would like it to be closed, or else become accustomed to new ways. In either case, be patient with the differences.

1. According to the passage, visitors to America sometimes have trouble understanding _____.

2. Which of the following is true?

A. People walled their yards and homes with fences.

B. The early settlers needed neighbors’ help very much.

D. The settlers in the early years refused neighbors by doors and fences.

C. they depended upon each other D. they got accustomed to that friendship

A. they walled their houses with glass

B. they leave the office doors open while working

C. they never have fences around their yards or homes

D. they depended upon each other

A. A Nation with No Walled Cities

B. The Early Settlers Were Needed Very Much

D. Be Patient with Differences

Someone said to a man, “Travel and see the world.” He answered, “Why should I? People are the same everywhere. They are born. They are babies. They are children. They are adults. They grow old. They die. They have the same feelings. They feel love and hate, happiness and sadness, security and fear, pride and shame. This is why I do not want to travel. I can learn everything here. I’m going to stay at home.”

For example, in many countries, old age is a happy time. In Korea, old people are honored and respected. When they become sixty-one years old, it is a very happy and important event. There is a big party with many guests. They receive many gifts. When people reach this time in life, the attitudes of their family and their community change toward them. Everyone looks forward to this time.

In the United States, it is quite different for old people. Most old people do not live with their children or relatives. For many North Americans, old age is not a happy time. Most North Americans want to stay young. They try to act like young people as long as possible. They even try to speak the language of the young. They do not like to grow old because they will not get honor or respect or attention. Also, businesses do not want old people to work for them. So, old people usually live alone and they do not have many things to do. Old age can be a sad and lonely time for them.

A. he thought he knew about people in other places

B. he was too old to travel any more

C. he could not understand people in other countries since he was deaf

D. he preferred to stay home to enjoy his leisure time

7. Which of the following statements is NOT true?

A. People all over the world are the same, but they are also different.

D. The reasons for the same feelings are also the same in different cultures.

A. think being young is the same as being old

B. are afraid of old age

C. are longing for old age

D. value their youth most

A. enjoy living alone and supporting themselves

B. can lead an honored and respected life

D. are not respected and do not receive due attention

A. managers or employers B. consumers